Tenth Planet Doctor Who Signing Event
The morning of Saturday November 1st 2014 found me sitting behind a row of desks at the top end of a large room at the Barking Learning Centre, east London, next to someone I was once in love with. In something of a dream I saw a great phalanx of people flooding towards us bearing photos, books, DVD sleeves and a wide assortment of matt or glossy surfaces for signing, me in my capacity as once-upon-a-time alien in the British television programme Doctor Who. For in that long-ago era when master gurner and tongue-twisting comedian-turned-actor, Jon Pertwee, had been the first incarnation of our favourite Time Lord to be transmitted in colour by the BBC, I’d been with him on his debut, a bald lump of walking plastic called an Auton, indestructible in blue boiler suit and scarf, with clumpy boots and a hand that fell away to reveal a gun that fired deadly vapourising energy bolts. 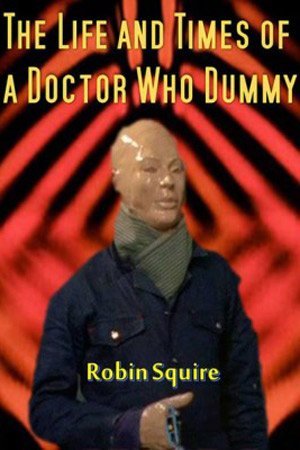 It was Wendy Padbury I was sitting next to: Zoe, the sweetheart of Doctor Who companions from the Patrick Troughton era of black and white television, who had claimed my heart and devotions along with those of most sigh-sozzled males back in the 1960s. Now here she was, right beside me in the here-and-now, still daintily adorable with flashing eyes and merry grin, quipping and reminiscing with me as I falteringly remembered the last time I’d seen her in person, in a BBC building in Ealing back in 1969. To her right at this Tenth Planet signing event were Sarah Sutton, the redoubtable companion Nyssa, remembered especially by yours truly as having been in Tom Baker’s final story Logopolis back in 1981, so admirably directed by my dear friend Peter Grimwade, who had got me an undemanding role in it as one of the planet’s mathematicians.

So if Sarah caught me gazing musingly at her, this was the reason, for I’d also known Chris Bidmead, the then script editor who’d written the clever story. Sarah had gone on to work with Peter Davison as the 5th Doctor, so it was fascinating to see sitting alongside her another legendary companion, Nicola Bryant, who, as Peri Brown, first appeared as an apparent American girl, appealingly sassy and full of verve, in Davison’s penultimate story, continuing as the companion of Colin Baker’s regenerated Doctor.

Most of those seeking signatures were young, gentle, bright, polite, whose knowledge of the programme and its history far exceeded my own. One couple brought their baby. All seemed patient, philosophical and cheery as they stood in queues to chat and smile as we signed our names and had photos taken with any who wished it. Having been uncertain quite what to expect, I found this form of communication with the intrepid fans and followers of Doctor Who warming and uplifting. As I signed a photo of myself as the Auton for one chap he told me ‘Spearhead From Space’ had been the first story he’d seen as a child, and that my character had frightened him, so it was strangely moving and slightly surreal to be able to say, with all sincerity, “I’m sorry to have scared you.”

During the question and answer session that followed I gave some of my memories of Jon Pertwee and Tom Baker, while the others had their own absorbing recollections. Sally Knyvette of Blake’s 7 was at the signing too, always beautiful, with a lithely muscular Philip Olivier who was ‘Hex’ in the Doctor Who audio series. The organisers Tenth Planet were highly efficient, friendly, helpful and considerate, wonderfully courteous and welcoming, and the fans were a delight. I’m looking forward to the next time. Have you ever attended a Whovian event?

Order The Life and Times of a Doctor Who Dummy HERE