Pressed into Service as an Auton

Pressed into Service as a Doctor Who Auton 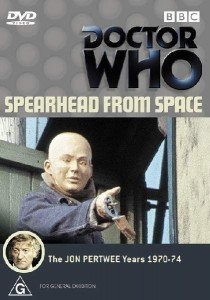 When I was a lad of minus fifteen or so (for any ageists out there) I was standing on a Doctor Who set at the BBC minding my own business when the actor playing the main Auton got claustrophobic, tore off his mask and ran. Whereon director Derek Martinus pointed at me with what I felt might been a mischievous smile, and before you could say ‘Transcendentally dimensional’ six times quickly I was masked and accoutred (including the natty scarf), terrorising people with my funny gun-hand, being blasted in the chest with a shotgun by an otherwise perfectly nice lady, and generally misbehaving as monsters do.

I enjoy sharing anecdotes about my Auton days. For many years I ran a Facebook page which drew many thousands of fans. This encouraged me to find my old diaries from those days, and to write down my memories to set the scene for Classic Whovians. The result is my book The Life and Times of a Doctor Who Dummy, published on Amazon Kindle and in Paperback (see the bottom of this page).

NB: I have to admit to not having a commercial bone in my body – not that Autons have bones, you understand – so the thought of actually selling my autographed image in various scenes throughout the original filming of ‘Spearhead From Space’ back in 1969 would never have occurred to me until I was invited recently to a signing event in London, where I was delighted to write my signature on loads of Auton photos, DVD covers, Doctor Who comics and so on presented by queues of wonderful Whovians – one of whose number I can lay claim to be. 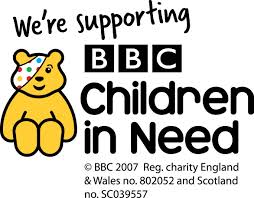 And even THEN I thought no more about it until I was repeatedly asked if my Auton image could be bought via this website. I thought about the wonderful Whovians around the world hailing from every continent, and decided to offer my autographs to Whovians everywhere who cannot make it to signing events in London, and for the benefit of Children in Need. They are printed on glossy paper, hand-signed with a personal dedication, if you wish. The price includes P&P.

In supportive Doctor Who spirit, I plan to make a donation to the BBC’s Charity Children in Need.

So, if you would like to add the first-ever Doctor Who monster in colour to your collection (it really is me in all the shots, by the way), or to offer as a gift to the Whovian in your life:

Genuine personally hand-autographed photos of Robin Squire as the Auton, taken during the actual filming of ‘Spearhead From Space’ with the timer clock still showing. This is when the Auton is first seen to come to life and chase the terrified factory employee, Ransome. 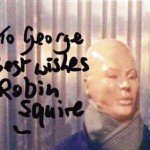 Like the example in this photo, you’re welcome to enter the personal dedication you would like me to add on the photo in the space provided when you order. The photo we send is  A4 size, printed on glossy paper, sent in a protective stiffened envelope.

The price includes P&P. Delivery by Royal Mail in UK or Royal Mail International worldwide. Choose which Photo number you would like to order from the dropdown options below, and add a personal dedication in the box provided if you would like one.

Photo 1: yours truly as Auton ‘mannequin’.

Photo 2: me starting to move behind Ransome, the ousted factory employee who has come to investigate

Photo 3: I am searching for the Nestene meteorite at the farmhouse

Photo 4: blasted by the shotgun-wielding Meg

Photo 5: confronting the UNIT troops, with Meg Seeley (played by Betty Bowden) on the ground 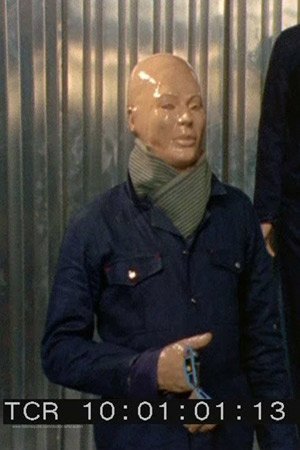 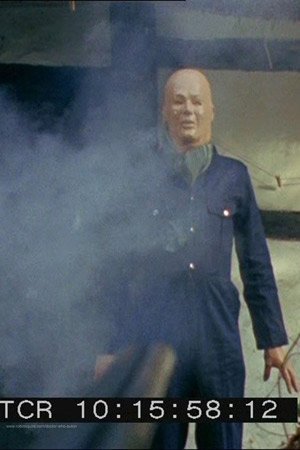 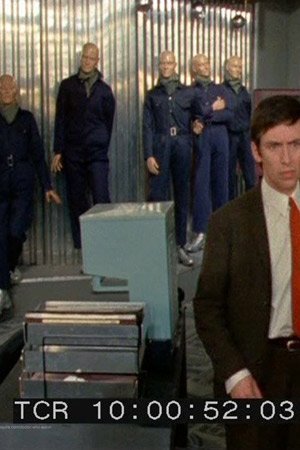 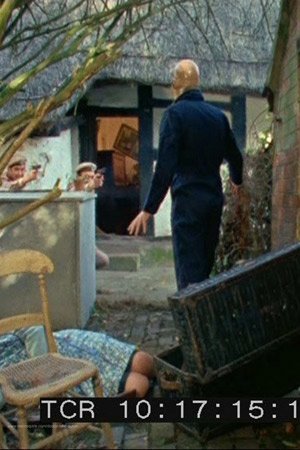 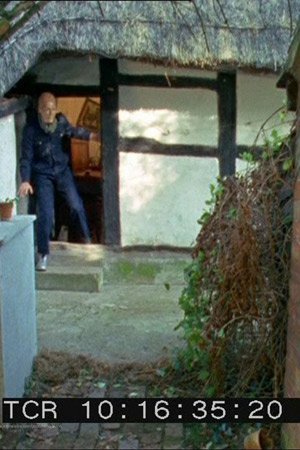 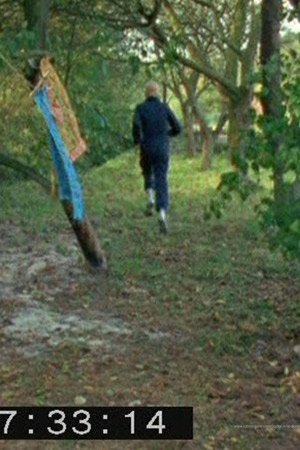 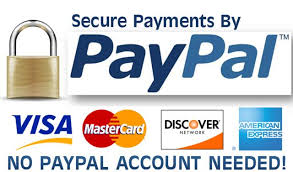 The 4-episode story was Spearhead From Space and the Doctor was Jon Pertwee, a truly lovely man who was genuinely funny, as well as bringing whole new dimensions to the Time Lord. I tell of my experiences to Chris Chapman in an interview on a recent Doctor Who DVD titled Mannequin Mania.

Spearhead from Space is now regarded as a ‘classic’, released on Blu-Ray in June 2013 – the only Blu-Ray release for the entire original run of Doctor Who – and it’s already been released twice on DVD. So we must have got something right (did the fact it was shot entirely on 16mm colour film have anything to do with it?).

By Special Arrangement I’m available for interviews, guest blogs, speaking engagements and autograph-signing sessions. Who would have thought that an Auton could actually sign an autograph, and tell so many fascinating tales? Or talk at all, for that matter, other than in Nestene gobbledegook? So you’ll have to make do with the Nestene alter ego in the shape of earthling Robin Squire, or surreptitious moves towards world domination might be afoot.

After that, apart from appearing in other Doctor Who adventures, including Logopolis and The Daemons, I did a fair bit of ‘walking on’, appearing in just about every programme going at the time, including The Bill, Upstairs Downstairs, Churchill’s People, Elizabeth R (with Glenda Jackson), and sitcoms galore such as Only Fools and Horses,The Goodies, Are You Being Served, The Two Ronnies and… can’t remember any more at the moment. Oh yes, The Rory Bremner Show, Hale and Pace, EastEnders (when Dirty Den and Angie were still at it); then there was Robin of Sherwood (as one of the Merrie Men) and shedloads of others I won’t even try and think of.

I was also Inspector Littlechild in a Jack the Ripper documentary shown on UK Channel 4, telling how an American called Tumblety was reckoned to have been the one who did it. This links with my latest novel being published by Little, Brown Book Group The Mystery of the Stolen Brides – An Inspector Dearborn Case, a Victorian Detective thriller. (Inspector Dearborn also worked on the Ripper case, and has an interesting theory about Tumblety). My scenes were filmed in BCU on the stage of the Hackney Empire – just me, an old-fashioned typewriter, the director and camera crew in that time-hallowed location.

Order The Life and Times of a Doctor Who Dummy HERE