Welcome to the website of Robin Squire, novelist, screenwriter, playwright and jotter of notes on the backs of petrol receipts. 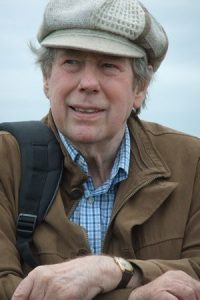 Renting a room in a house near Portobello Road in London I met a fellow-tenant who used to run a pop group, so I borrowed a tape recorder and many beery sessions later had the material for what turned out to be my first novel, Square One, about a 1960s boy band, which was published in hardback by W.H. Allen (paperback by New English Library as The Big Scene), which caused me to ditch the sales job, at which I was useless anyway. This book, about which I was interviewed by a youthful Terry Wogan, led via a truly bizarre set of circumstances to being attached to BBC TV for six months in the Doctor Who office, during which I found myself playing the first monster (an Auton) to move across our TV screens in colour, pursued by a suave Jon Pertwee, and inadvertently terrifying many a watching child (oops, sorry kids!).

Other novels followed, including A Portrait of Barbara, published by Bachman & Turner and Sphere Books in London and St. Martin’s Press in New York; and, after meeting film director Norman Cohen, I found myself working on a script in South Africa.

Since then I’ve written and rewritten numerous rewritten rewrites of rewritten versions of earlier rewrites of my rewritten screenplays, and the experience of shaping and reshaping these into their final form has created an intriguing portfolio (well, it intrigues me); while a film on which I was an increasingly isolated writer – which featured a rather pompous British actor who has since become internationally famous, and a brilliant classical actress I can only assume was being kind – inspired my diary-based memoir The Unmaking of a Britflick, which retains the power to make me chuckle into my whisky mac at the day’s end. More recently, Little, Brown Book Group published my novel The Mystery of the Stolen Brides on their Crime Vault site, which began life as a ‘horror’ film script with Christopher Lee in the main role, I even met him and we chewed the fat about the character he was to have played, so I continue to have filmic visions for that too, even though the great man is no longer around.

Meanwhile I’ve just completed a novel about a paranormal investigator, which could be the first of several; also, having joined forces with a media lawyer and film producer, a screenplay of mine is currently being realigned by a dynamic young director, about which more soon. 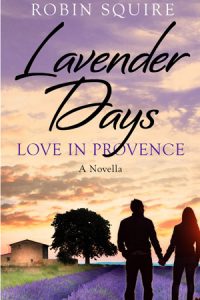 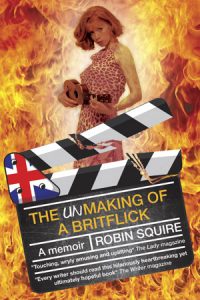 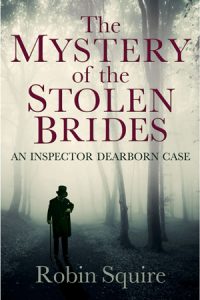 Seeing the Beatles in live performance during a happy-go-lucky hitch-hiking trip to the South of France ‘way back before when was invented’ inspired his first novel Square One. By an extraordinary sequence of fate and synchronicity, Square One led to his joining the BBC as a reader and grader of incoming scripts in the Script Unit and a trainee script editor in the Doctor Who office.

Later, by further quirks of chance, he found himself playing the first monster to appear in colour on our television screens on Jon Pertwee’s debut as the Doctor. His memoir about the unlikely sequence of events was published in September 2014 under the title The Life and Times of a Doctor Who Dummy. The foregoing book is now available in print and Kindle formats, should anyone fancy a trip back in time without having to bother breaking into the Tardis. Chris Chapman interviews Rob by on the BBC DVD titled Mannequin Mania, issued on BluRay in June 2013.

Robin has two lovely daughters, is a proud grandad, and currently lives in deepest Hertfordshire, from where he occasionally (pre-Covid, that is) ventures forth to make a nuisance of himself singing with a beautiful lady in care homes and startling the residents with his Martin Dean (as opposed to Dean Martin) voice, which needs to be heard to be believed – as a fleeing visitor was heard to shout.

The chief beauty of this book lies not so much in its literary style, or in the extent and usefulness of the information it conveys, as in its simple truthfulness. Other works may excel this in depth of thought and knowledge of human nature, but for hopeless and incurable veracity nothing yet discovered can surpass it. Jerome K. Jerome 1859-1927 in his preface to Three Men In A Boat
My way of joking is to tell the truth. It’s the funniest joke in the world.
George Bernard Shaw 1856-1950
The best thing about the future is that it only comes one day at a time.
Abraham Lincoln 1809-1865
In the deepy reaches of the night when all seems lost I like to dream that I’m the Man from Laramie. Me 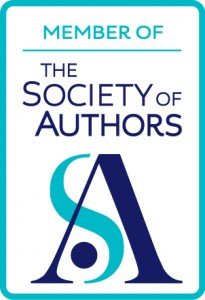 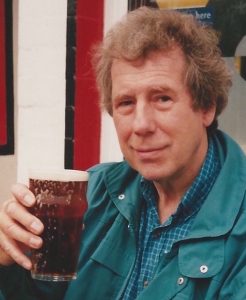