Many congratulations to Stephen Mosley on the publication of Christopher Lee – The Loneliness of Evil: his wonderfully detailed and insightful book about the late Christopher Lee and all his works. 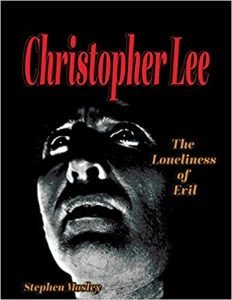 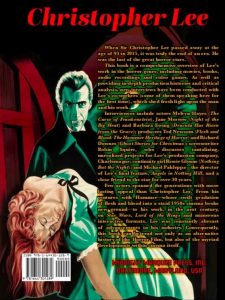 In his book, Stephen interviewed me about “the Christopher Lee film still waiting to be made”. This refers to a screenplay I wrote back in the day, titled Portrait of Barbara. 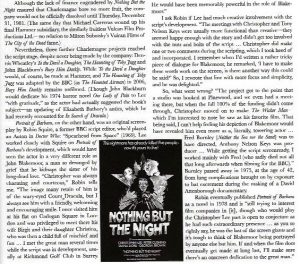 When, for reasons of unforthcoming finance, Christopher moved on to make The Wicker Man (nowhere near as strong a part as he would have played as ‘Blakemoor’ in the script I’d written), I reclaimed my screenplay and novelised it. The result was published by Sphere Books in London and St. Martin’s Press in New York. 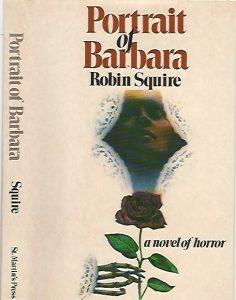 Time passed. The kids grew up. The hair went grey. I began singing in care homes and at WI concerts with a beautiful songstress. I even wrote a book (The Unmaking of a Britflick – which lovely Anthony Grey of Hostage in Peking fame first published at Tagman Press) about this amazing experience that had had the effect of drawing me out of my shell; paralleled with what was also going on in my life at the time: my ghastly experiences as an increasing isolated, and ultimately ditched, writer on a UK film. 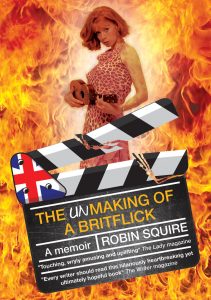 Because the movie that eventually got made was truly ghastly by the time everyone else had finished pulling the once-strong script around, eviscerating and jumping on the tattered remnants of its story – which, in earlier stages, Robert Young, and then John Glen of James Bond fame, had been keen to direct, and the world had been a finer and brighter place (sigh…).

Then, more recently, Sphere, now part of the Little, Brown Book Group, came across A Portrait of Barbara (the British title) lurking in their archives. A young editorial manager there called Hannah Green pleasantly surprised me by enthusing about the story as ‘classic horror’ and decided it could be sold as detective fiction. The title was therefore changed to The Mystery of the Stolen Brides and it was republished as an ebook in The Crime Vault (Hachette UK). Also available as ebook on Amazon at: 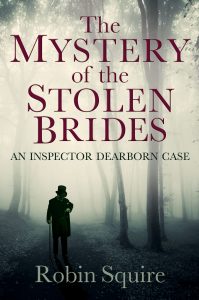 It’s exactly the same story and characters Christopher Lee had wanted to bring to the screen. I added a bit more of the police’s involvement to make it more ‘detective friendly’, but the main focus continues to be the plight of the stolen bride and her ordeal with the sinister towering stranger in Victorian times who snatches her on her wedding day and takes her into a darkness of mind and soul that was lethally destructive for her, yet ultimately beautiful.

It would STILL make for a strong feature film, maybe now more than ever before. When I saw the actor Claes Bang as Dracula on BBC TV I wondered if he might be a fit for the part Christopher Lee had once wanted to make his own. Or there may well be another actor out there who could do justice to the part of Blakemoor. Who knows? Life’s exciting. Meanwhile I continue to look for a producer of vision interested in taking this on.

Robin Squire is a novelist, screenwriter, farceur and irredeemable scribbler. a sometime rejectee from BBC writers room, diarist, jotter of notes on the backs of ticket stubs and petrol receipts, he once wrote a song for Paul McCartney that was never received by him.